A complex agricultural research program like Africa RISING needs the help of a dedicated team in keeping it ‘on the right track’ towards its goal of improving food, nutrition, and income security of smallholder families. This is especially critical because the program, now in its second phase, is seeking to strike the balance between science and development.

The newly-formed Science Advisory Group (SAG) started playing this counseling role in a meeting, held 22-23 June 2017 in Arusha, Tanzania. The meeting brought together the SAG members, most of the program coordination team (PCT), the three project chief scientists and ‘champions’ of four Africa RISING communities of practice (CoPs). 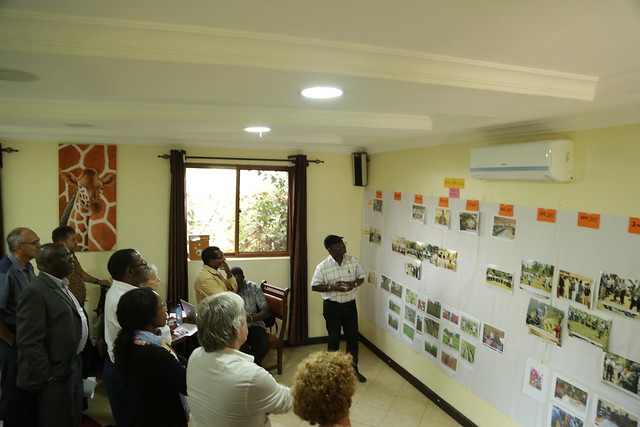 The program SAG was initially set up in phase I of Africa RISING. It has now been revived in this second phase of the program (which was officially launched last January, also in Tanzania), to make it a functional guiding mechanism for the program. Six newly appointed members form the SAG:

All but Colletah Chitsike met for the first time in Arusha, Tanzania, to inaugurate the group and to meet with program staff including members of the program coordination team (PCT) as well as the champions of four out of seven recently-formed CoPs. The event brought together 20 participants.

This meeting focused on addressing the information needs of SAG members, program elements (including differences between Phase I and Phase II) and monitoring and evaluation. The CoPs each SAG member will be advising and contributing to were identified. Each of three groups (SAG, PCT and CoP champions) also met separately.

During the meeting, participants agreed on how to distinguish ‘reach’, ‘use’, ‘adoption’, and ‘impact’ in reporting project results. Among the topics discussed was what ‘scaling a technology’ means and how Africa RISING (and others) can better understand the impact of their technologies among farmers.

Haroon Sseguya, from the International Institute for Tropical Agriculture (IITA), who is the champion of the scaling CoP on ‘research outputs to scaled innovations’, introduced the topic with this presentation:

They suggested that further discussions on the subject be done in the scaling CoP.

All three teams in the meeting shared the outcomes of their deliberations.

The program coordination team reported on the need to have clear publishing guidelines in the contracts of scientists; the importance of moving forward with the CoPs and to report progress in next PCT meeting in September; the decision to move forward with finalizing a Phase I summary document that should be ready by September. They also shared feedback on some plans regarding cross-regional exchange visits around specific themes; the hosting of the annual program learning event in 2018 Q1 in Ghana; and the support given to the two ‘bottom-up’ CoPs on watershed/landscape management and on virtual farming.

The CoP champions reported that the CoPs were off to a slow but good start and gave the following among other recommendations: having a two-tier membership structure with a core group and an active group with all other members; they suggested some certain individuals should join specific CoPs and they requested PCT support in getting everyone to sign up to the CoPs. A virtual meeting of all CoPs members and a face-to-face learning event are planned in future. 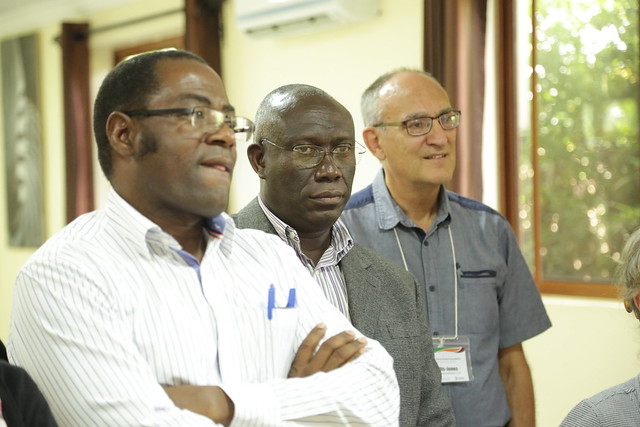 The meeting closed after feedback from the science advisory group members which reported that.

The next meeting of the three team is scheduled at the annual program learning event in March 2018.

Read all the meeting notes

See pictures of the meeting

The use of antibiotics for therapeutic purposes in pig production in Bac Ninh province, Vietnam

END_OF_DOCUMENT_TOKEN_TO_BE_REPLACED

Nigeria was the first country in Africa to be affected by the H5N1 virus, with highly pathogenic avian influenza (HPAI) outbreaks initially reported in the Kaduna State and confirmed by the Minister of Agriculture and Rural Development on 8 February 2006. The disease spread rapidly to 97 Local...

It is a one year project that started in June 2005 through June 2006. It is intended to synthesise information on methodologies used and results obtained in relevant studies of environmental and socio-economic impacts of tsetse interventions, and identify best control practices and key impact...