Goat production is among the foremost agricultural activities that sustain the livelihoods of millions smallholder farmers and pastoral and agro-pastoral communities in Tanzania. Majority of Tanzania goats (about 98%) are assumed to belong to the Small East African (SEA) breed, with very few belonging to other exotic dairy and meat goat breeds.

The Small East African goat breed is predominantly found throughout eastern Africa and parts of southern Africa. These goats have different tribal or local names and are mostly kept by pastoralists in the rural areas, agro-pastoralists and mixed (crops-livestock) farmers for meat. Their coat produces good quality leather. Some of the valuable characteristics of these goats are a tolerance to heartwater (an endemic tick-borne disease of ruminants), worms and other diseases commonly found in East Africa, such as mange. They are small (they range in weight between 20 and 45 kgs), agile and active goats whose colour ranges from pure white, pure brown to pure black with various intermixes of the three colors. 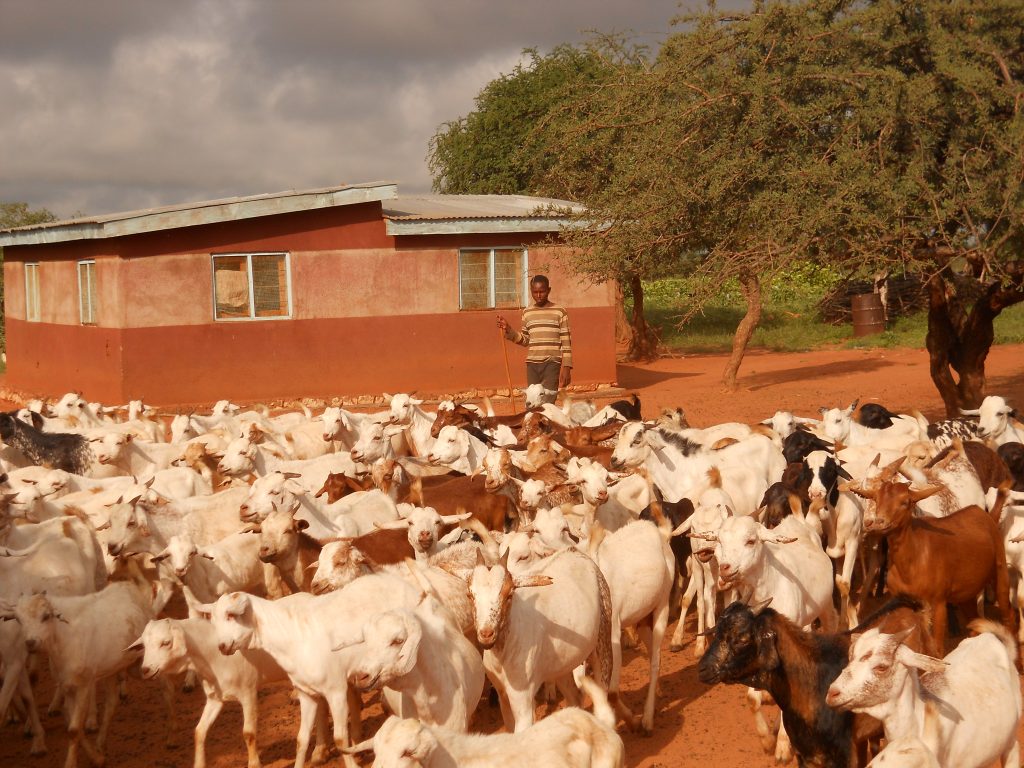 But different agroecological zones result in differentiations in the goats’ adaptive nature. SEA goats in Tanzania have not been fully characterized, and as a result, there is no breed- or strain-specific information on their genetic variability or uniqueness. Today, it is still unclear whether the indigenous goats of Tanzania are one breed (SEA) or if they fall under different strains or ecotypes. Additionally, the performance and adaptive attributes of the SEA goats kept in the country are still unknown.

Tanzanian farmers have made numerous efforts to crossbreed SEA goats in an attempt to improve their productivity, an activity that could prove more harmful than helpful if not checked. Crossbreeding by farmers without understanding the goat genetic resources could lead to loss of some of the unique features of these goats. On the other hand, understanding goat genetics has the potential to increase SEA goats’ milk and meat productivity and create sustainable development of goat farming in the country. 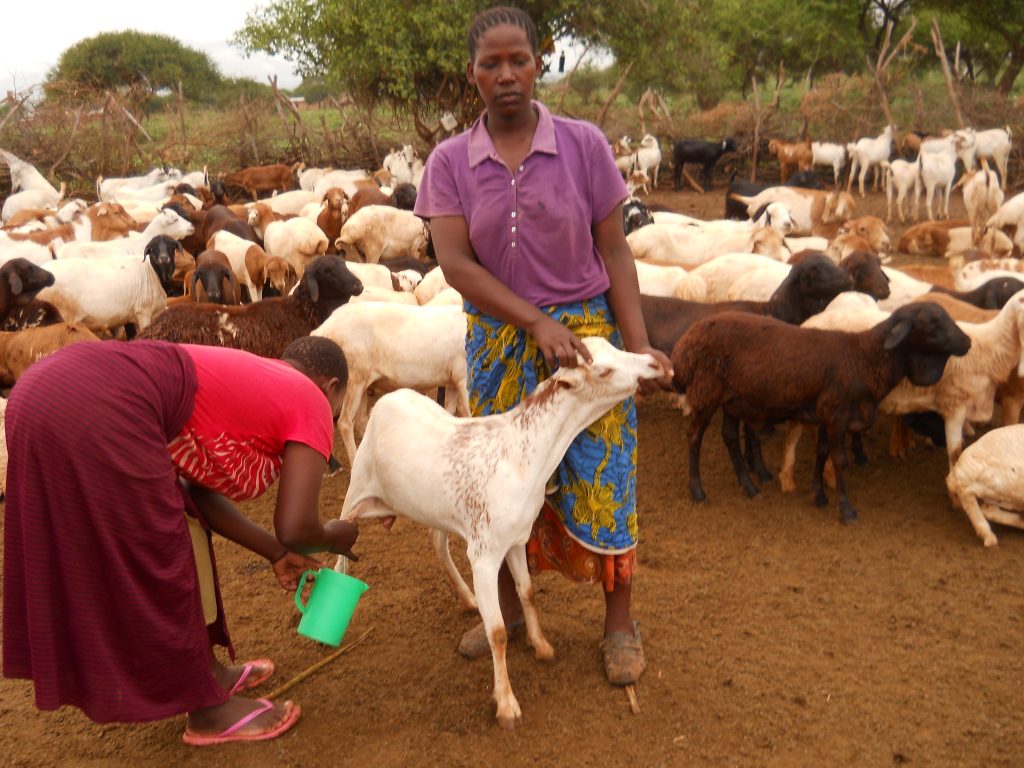 Athumani Nguluma, a senior research officer at the Tanzania Livestock Research Institute (TALIRI), and a former Biosciences eastern and central Africa – International Livestock Research Institute (BecA-ILRI) Hub Africa Biosciences Challenge Fund (ABCF) fellow, is studying the genetic diversity of SEA goats in Tanzania. His goal is to better understand this important goat breed so that he can contribute to a clearer understanding of its population genetic structure and unique genetic features. This knowledge will be vital in designing SEA breed improvement and conservation programs, which could solve the low meat and milk productivity problem of the local goats that plagues Tanzanian farmers thereby considerably improving household income and bringing other socio-cultural benefits.

At TALIRI, Nguluma is working with the organization responsible for coordinating research in Tanzania including small ruminant research, which is where Nguluma was exposed to previous research on SEA goats and his interest was piqued. While studying for his PhD, he worked on the characterization of SEA goats, but due to insufficient funding, his assessed only a few subpopulations of the breed and identified only a few microsatellite markers of the breed’s genome.

Receiving the ABCF fellowship broadened Nguluma’s research from what he had initially hoped to do. His study, which has been ongoing for a year, is focused on assessing the diversity of goats in the major agro-ecological zones of Tanzania. His research methods include on-farm collection of goat blood samples and a cross-sectional research design through farmer interviews to gather information about the goats breeds in the country and their production environment. So far, he has obtained phenotypic and maternal genetic variation data of goats from 11 out of 26 regions in the country.

Nguluma appreciates the role of the BecA-ILRI Hub in equipping him with the skills to do this work. ‘Before coming to BecA-ILRI Hub my knowledge and skills on molecular genetics and genomics was low. I have since been exposed to state-of-the-art molecular labs and the technical knowhow in molecular research. I have also gained modern bioinformatics skills and access to important software for my research.’ 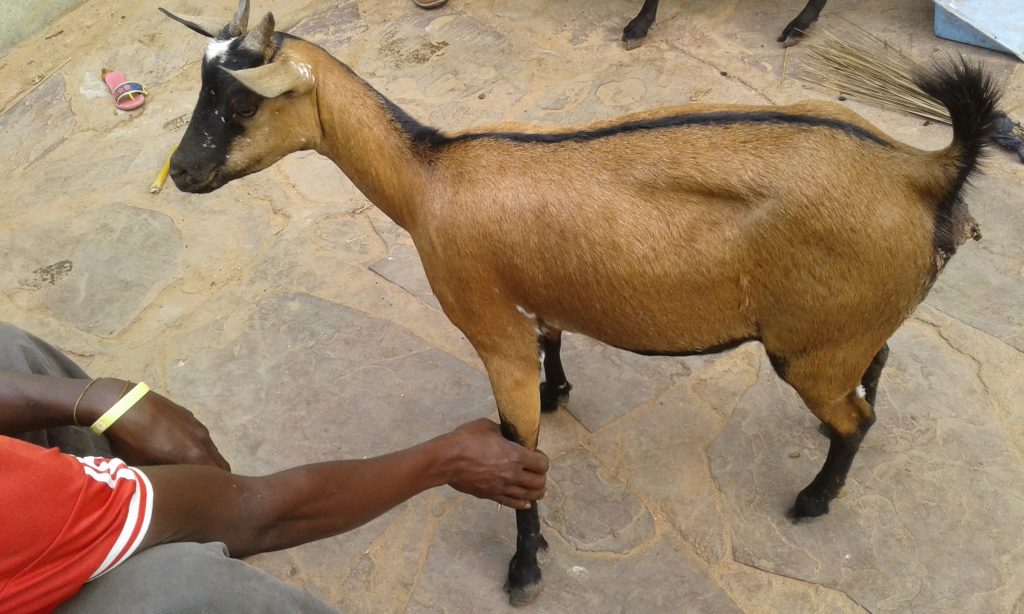 The Tanzanian Ujiji Doe strain from the SEA breed

The next steps in his research include data analysis, report writing and publishing his findings. He will also conduct a comparative genomic study of the country’s goat populations to better understand the uniqueness of particular breeds. Later he will carry out whole sequencing of their genetic code so he can develop markers for improvement to boost their productivity.