Jimmy Smith, director general of the International Livestock Research Institute (ILRI), this week made a short presentation at the annual meeting of the Food Forever Initiative held in Wilmington, Delaware, 23–24 Sep 2018. Food Forever is a global partnership to raise awareness on the importance and urgency of conserving and using agricultural biodiversity. The initiative works specifically to enhance the crop and livestock diversity that sustains global food production. Smith is one of 30 Food Forever champions advocating this important cause.

Smith spoke on the central importance of better conserving, characterizing and using the world’s remaining livestock diversity to ensure future food security in the face of climate and other changes.

Why care about livestock?

Livestock are critical for food and nutrition security, and thus to achieving SDG2 on zero hunger. 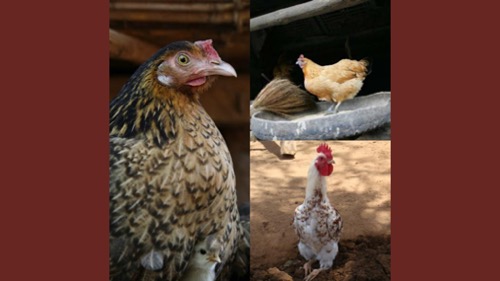 Achieving sustainable and resilient food systems worldwide will be impossible without the livestock sector. 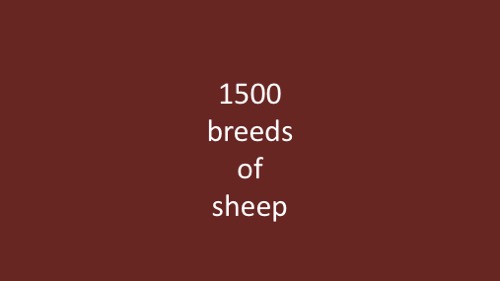 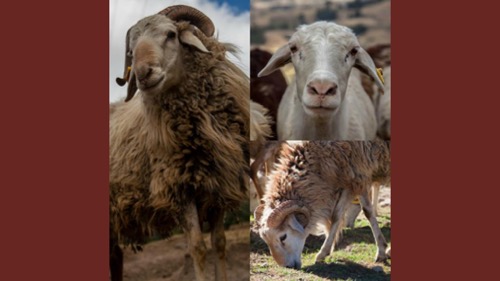 The livestock sector is one of the fastest growing, valuable, most diverse and at times controversial sectors of agriculture. 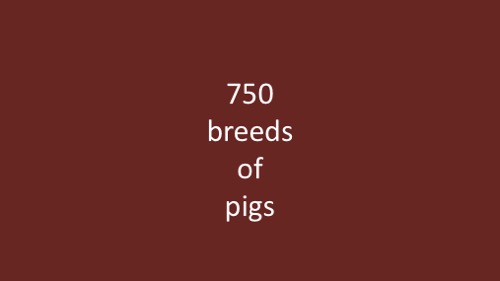 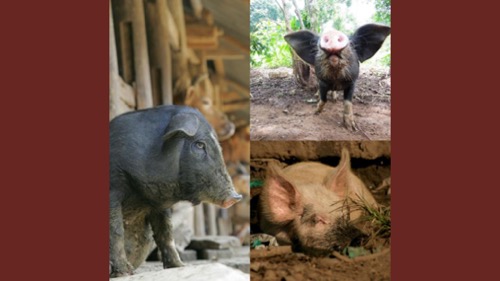 Recognizing and harnessing the diversity of ways in which animals are raised, processed and marketed is key to maximizing the benefits from the sector.

Why care about livestock biodiversity?

Just as the ways in which livestock are raised, processed and marketed are greatly diverse, so, too, is the great diversity among livestock species.

And just as Kenya makes much of the ‘Big Five’ wildlife species that every tourist ‘must see’—lion, leopard, rhinoceros, elephant and Cape buffalo—there exists a ‘Big Five’ among the world’s 38 domestic livestock species—cattle, sheep, goats, pigs, and chickens, which are the species that are farmed to produce most of the milk, meat and eggs consumed worldwide today.

At any one time there are an estimated 37 billion of these animals alive on the planet.

These five species underpin the livelihoods of some three-quarters of a billion people in developing and emerging economies where they are also critical for food and nutrition security, human health and environmental management.

The world’s domesticated food-producing animal stock make up an average of 40% of the world’s agricultural gross domestic product.

The livestock sector is undergoing significant changes, especially to respond to a rapidly rising demand for meat, milk and eggs in emerging and developing economies. Maintaining animal genetic diversity is key to meeting that rising demand without putting the environment or public health at risk, because that diversity can ensure a resilient sector that contributes sustainably and equitably to food production.

The more than 8,000 reported breeds of livestock constitute an essential resource for new genetic diversity that will ensure animal production is able to adapt to climate change, to respond to new market opportunities and to deal with new disease threats.

Why do we still need to maintain livestock diversity when there have been such considerable advances in developing high-producing breeds, especially of the ‘Big Five’? 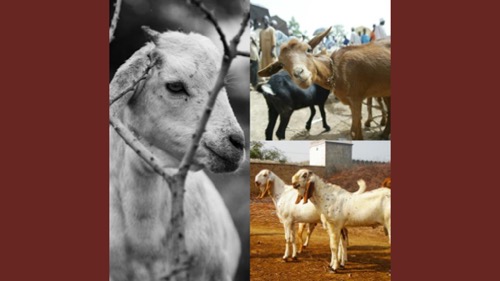 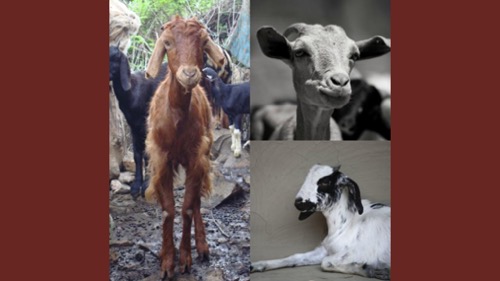 Harnessing livestock diversity
To harness the diversity of livestock for production enterprises today and tomorrow, three things need to be addressed, and there are exciting opportunities to apply new technologies to do so.

Keep (or conserve) and protect diversity so it’s maintained to meet current and future needs.

Understand livestock genetic diversity. The recent advances in genomics sciences and technologies are giving scientists a much better understanding of the genetic basis for diversity. This presents new opportunities to put that diversity to better use through, for example, matching the vast livestock genetic information to animal phenotypes and pedigrees for vastly improved breeding.

Cross-cutting issues
Cross-cutting issues that also need to be addressed are well articulated in FAO’s Second Report on the State of the World’s Animal Genetic Resources for Food and Agriculture (2015). The report highlights the importance of addressing:

Examples of livestock diversity research at ILRI
Systematic East African dairy genetics assessment
ILRI is using advanced genomic technologies and smart applications of information technologies to undertake the first systematic assessment of both the genetic and the phenotypic diversity of livestock in dairy farms across East Africa, work that has not been possible before this due to the wide dispersal of smallholder dairy farms in this region, each raising just a few animals. A mobile phone application now allows East African dairy farmers to report information about their animals’ performance, which is combined with sampling and genetic assessments to provide the farmers with systematic advice and to guide their breeding practices. Some 43,000 households across Tanzania and Ethiopia are enrolled, 66,000 animals are registered and over 2 million SMS messages have been sent to farmers in this project. By using the information to identify superior bulls, improved breeding and insemination can be delivered through new public and private sector partnerships.

Livestock forage diversity
Livestock diversity itself relies on plant diversity, of course. ILRI has a forage genebank that conserves nearly 19,000 accessions of forages from over 1000 species. This is one of the most diverse collections of forage grasses, legumes and fodder tree species held in any genebank in the world and includes the world’s major collection of African grasses and tropical highland forages. This unique collection of forage diversity has the potential to better feed farm animals, especially ruminants, across the tropics.

Of the 7,616 breeds of domestic livestock reported to FAO, 1,491, or 20%, are classified as being ‘at risk’. What’s at stake in this ‘livestock meltdown’ is nothing less than the animal basis for world food security. If we are to adapt food production systems to radically changing conditions in the coming decades, animal as well as plant genetic diversity will be critical resources for doing so. Traditional breeds offer diversity, which is the only base for future selection and adaptation. The on-going loss of our livestock genetic heritage is tantamount to losing a road map for survival—the key to food security, environmental stability and improving the human condition. Here are five rare ‘vintage cows’ of Africa that could be part of that road map. 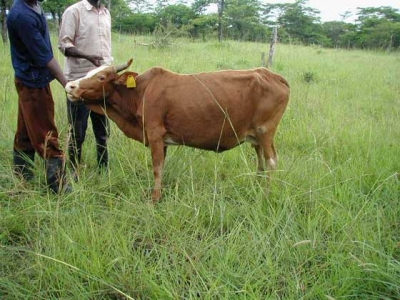 Only some 2,400 Sheko cattle remain alive. These relatively small animals, which are related to West Africa’s ancient N’Dama cattle, are found only in the remote corner of southwestern Ethiopia, near the Sudanese border, where the Sheko people bred them for millennia for their natural resistance to disease, particularly tsetse-transmitted trypanosomosis. The Sheko are believed to be the last remnants of Africa’s original humpless shorthorn cattle, which were probably first domesticated in this region of eastern Africa. 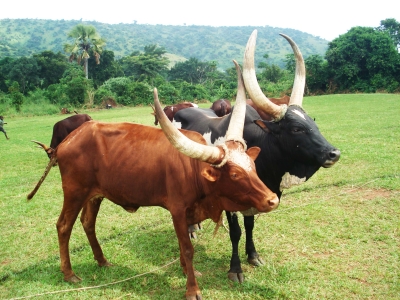 There are about 3.2 million Ankole cattle in five countries of East and Central Africa. The Ankole are drought-resistant and beloved by their keepers also for their uncommon gentleness, beauty, rich milk and tasty meat (believed also to be low in cholesterol). Rapidly expanding human populations, infrastructures and markets, however, are forcing more and more farmers to replace their indigenous African Ankole cattle with exotic breeds such as the black-and-white Holstein-Friesians dairy cows, which produce much more milk. At their current rates of decline, these hardy, graceful animals will disappear within the next 50 years.

This large bony and typically red-coated animal has extremely long lyre-shaped horns. It is kept by pastoral Fulani people, who herd the animal across open semi-arid rangelands of the Sahel that criss-cross five countries of West and Central Africa. This is a dual-purpose milk and meat animal prized for its ability to cope with heat, ticks, insect bites and great water and feed scarcity.

These hamitic longhorn humpless cattle inhabit the hot, humid shores and archipelagos of the Lake Chad Basin in Cameroon, Chad, Niger and Nigeria. They are large-bodied, typically white, and carry highly distinctive bulbous horns. The breed is adapted to the hot and humid climate and can survive long droughts. They are managed under traditional systems, feeding on grass on the small islands of Lake Chad. They are excellent swimmers and follow their herdsmen through the water as they travel from an island to another; their bulbous horns are considered useful in floating. The Kuri are highly fertile animals and excellent milk and meat producers. ILRI estimates the remaining population of Kuri, now threatened with extinction, to number only some 10,000 head. 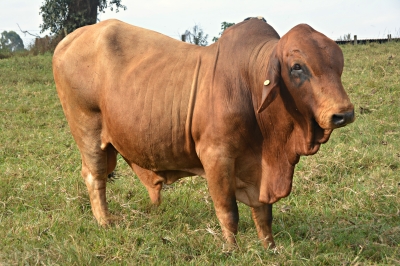 The semi-nomadic Borana tribe in southern Ethiopia and northern Kenya herd the Boran, a medium- to large-sized and long-legged zebu animal that has considerable potential as a meat breed. On acquiring them early in this century, Kenyan ranchers judiciously crossed the original Ethiopian Boran with European breeds. This scheme to maximize the potential of an indigenous breed rather than attempt to replace it with exotic types has been highly successful. Today, the Improved Boran is one of Africa’s top beef breeds. Docile and well-adapted to hot, dry ranching conditions and to sparse pasture, these valuable animals have been exported from Africa to other continents, such as Australia, and from there to the USA.

About SDG 2: Zero hunger
2.5 By 2020, maintain the genetic diversity of seeds, cultivated plants and farmed and domesticated animals and their related wild species, including through soundly managed and diversified seed and plant banks at the national, regional and international levels, and promote access to and fair and equitable sharing of benefits arising from the utilization of genetic resources and associated traditional knowledge, as internationally agreed.

About Food Forever
Under Target 2.5 of the Sustainable Development Goals, the global community committed to protecting what remains of the world’s diversity within its food systems. With climate change and population growth increasingly challenging the world’s natural resources, more resilient food systems are needed. The goal of the Food Forever Initiative is to rally the support necessary from all stakeholders—politicians, farmers, chefs, businesses, individuals—to drive a positive change in the way the world conserves, grows, sells and consumes crop and livestock diversity. The Global Crop Diversity Trust (Crop Trust) and the Netherlands Government provide the secretariat functions of the Food Forever Initiative. Financial support is provided by the Governments of Germany, Norway, Switzerland and The Netherlands.