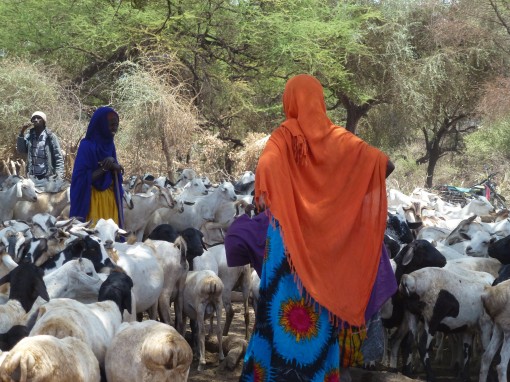 Brucellosis is an important zoonotic
disease that affects wildlife and livestock. People may get exposed to the
disease through direct contact with an infected animal or consumption of raw or
undercooked animal products. In humans, the disease is characterized by
prolonged fever, body aches, joint pains and weakness, while in livestock, it
mainly causes abortions and infertility.

A study carried out in Garissa and Tana River counties of Kenya set out to identify the factors that affect the spread of brucellosis in people and livestock. Livestock and people from randomly selected households were recruited and serum samples were obtained and screened for Brucella antibodies to determine the level of exposure to Brucella spp.

The study found that the chances of
exposure to brucellosis in humans were at least three times higher in
households that had at least one Brucella-seropositive animal compared
to those that had none.

This finding can be used to design
risk-based surveillance systems for brucellosis, based on the locations of the
primary cases of the disease, where each case of Brucella infection
identified in livestock could signal potential locations of additional
brucellosis cases in humans, and vice versa.