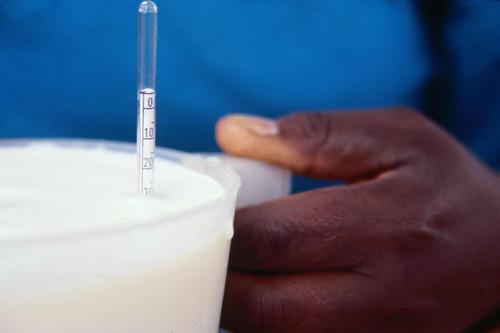 Solar pasteurisation and quality-based pricing of milk are among interventions whose feasibility should be explored towards improving the safety of milk produced by smallholders in Western Province of Zambia, a new study says.

The study published in the International Journal of Environmental Research and Public Health (July 2016) was carried out to assess the microbiological quality of fresh cow’s milk along smallholder dairy value chains in Western Province of Zambia. The focus was on milk sold through dairy co-operatives near Mongu, the main town in the province.

Microbiological analysis of the milk samples assessed the counts of total bacteria and coliforms and tested for the presence of Staphylococcus aureus, Escherichia coli, Bacillus species and Streptococcus species.

The milk at the farm level initially had low levels of bacteria but the microbial counts increased along the value chain as the milk was transported to the co-operative. This is in part due to the absence of a cold chain between milking and the point of sale.

Although coliform counts were low, a high proportion of samples were contaminated with S. aureus and E. coli, suggesting poor handling and faecal contamination, respectively. However, the most critical observation with regard to milk safety was the lack of pasteurisation or boiling, which would eliminate almost all microbial pathogens present.

The study therefore proposes that more work should be done to look into the feasibility of various interventions that could improve the quality of milk produced and sold in the region.

“Sustainable methods of milk pasteurisation should be investigated, as a microbial-kill step is needed to mitigate upstream contamination,” the authors observe.

Solar pasteurisation has been suggested as a possible option to be explored, in light of unreliable electricity supply, low levels of technical support and low volumes of milk handled at the dairy co-operatives.

“Paying producers more for safer, higher quality milk would create an incentive for producer investment in milk quality,” they add. Currently, all farmers receive the same price for their milk, regardless of the quality.

Selling milk to large dairies is not feasible at the moment because the quantities of milk produced are low and inconsistent. Also, most consumers prefer to buy milk from the informal sector.

Therefore, raising awareness of the need to boil milk before consumption is another important intervention that would improve milk safety at the consumer stage of the value chain by eliminating the pathogen risk. In addition, it may increase consumers’ willingness to pay for pasteurised milk.

How to produce milk hygienically